Step into an immersive surf film x music experience with Flotsam: Lightwaves at the bastion of live music, the Cooly Hotel.

Just like walking into a real life surf movie, only with a bar + your buddies right the in the barrel with you. Surf movies and music have been BFF’s forever – entire eras of fads and fashions have been influenced by this combo. Co-joined once again for a double-headed night of entertainment, the Cooly Hotel will be lit up with epic footage and projections from some of the area’s finest lensfolk and a crackin’ lineup of atmospheric, soundtrack-worthy live sounds.

Drop in + tune out with:

Chutney
The Sea Shall Not Have Them

Photo projections, short edits, highlight clips, and film – including never seen before edits – for a night of wall to wall surf imagery and live tunes. 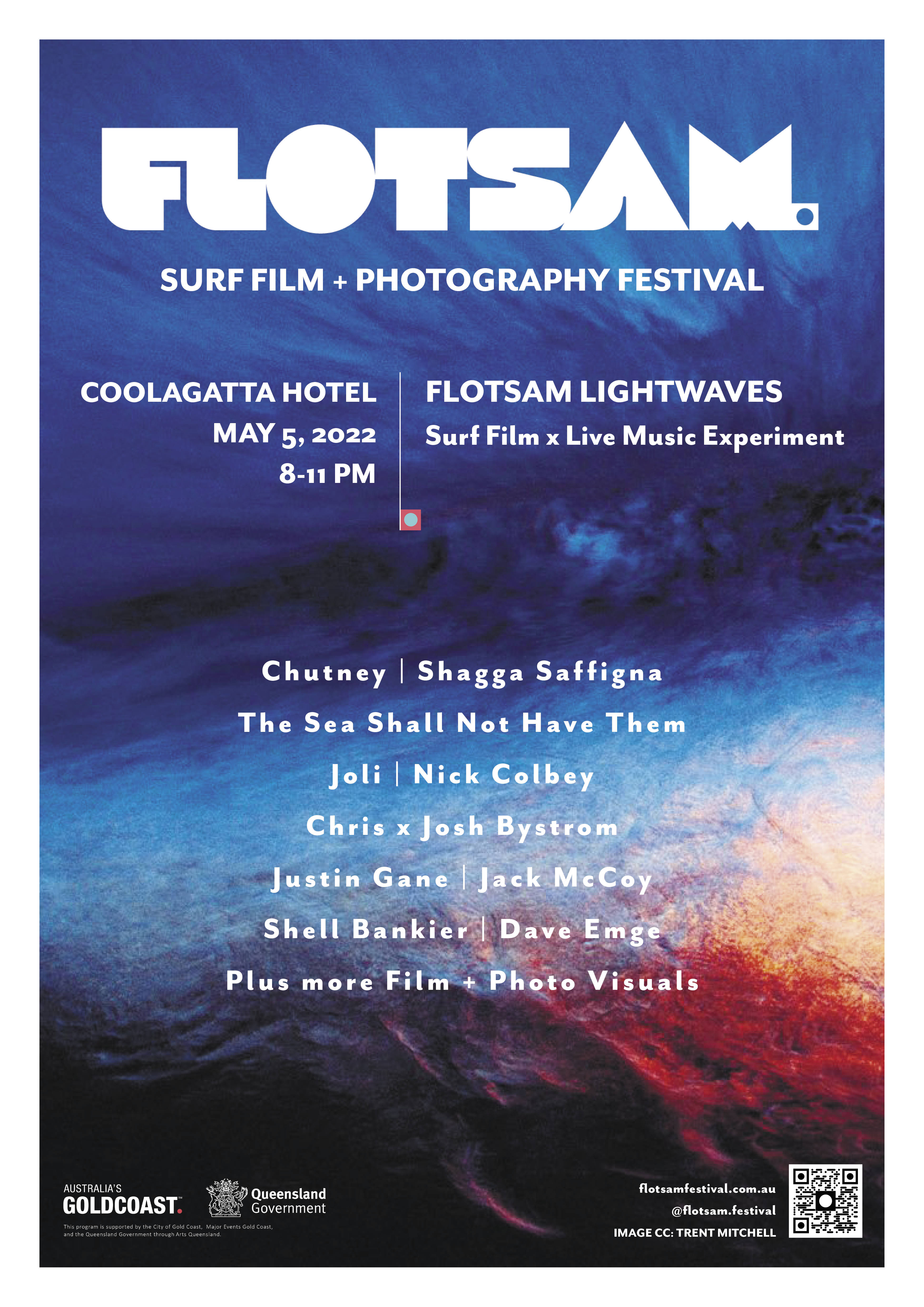